The 9th April 1419, in the year of our Lord. It was not for the first time that he reached the summit of the hill at Cabidos, situated a half-league away from his estate of Arbleix at Philondex in neighbouring Tursan. He had always loved the view over towards the Pyrénées from this vantage point, where he often came to wonder at the spectacle of this beauty, so eternal, and to say to himself, as Alphonse de Lamartine said of Pau four centuries later: “it’s the most beautiful view on earth!”

That day, however, his gaze was different. Three days prior our man had changed his status, and with it, his bearing – he had become the new Baron Trubessé. Arnauton Guilhem Du Vignau, the man who bought, for 200 gold florins at the office of the Royal Notary Maître Daubin, the Barony of Trubessé and its holdings, with, in accordance with feudal legislation, all associated seigniorial rights and titles.

Certainly the Barony came under the Viscount of Louvigny, the Duke of Grammont, but the title of Baron Trubessé made him all the same the Lord of the Abbey of Pimbo, the Lord of Arbleix, of Péchevin, of Bugnein, of Boursac, of Saint Sorlin du Coudret, of Curley, of Barbasse, of Taillancourt, co-Lord of Barenne et Cavier de 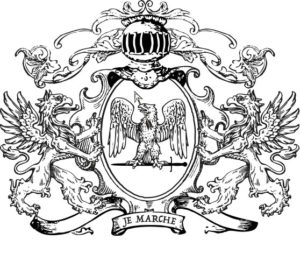 Garos and of Cabidos, and allowed him moreover to bear the arms of Trubessé. “A magnificent golden eagle holding in its beak an arrow with silver fletching, the arrowhead pointed high, and standing boldly on the blade of a sword, hilt facing. Crowned by a baronial stamp: a terrifying knight’s helmet with its visor facing head on; the whole supported on either side by two imposing griffons.”

From a ledge halfway up the hill, he saw what would become the heart of his fief, the Château of Cabidos. The building appeared austere with its four towers around the main building, but he had already devised his plans. In a few weeks he would take a wife and they would come to live here. With her, he would remodel the building and would extend also the village church, set like a pearl on the pinnacle of the estate.

He knew also that the land of Cabidos was well drained and generous. With its south-facing orientation he could plant vines and trade with the English merchants who were rife in the region. The subjects of Henry V, the King of England and Duke of Aquitaine, were neighbours of Trubessé and highly fond of the wines of Béarn and Tursan which they came to buy at Arzacq, the region’s most important market.

The son and sole heir of all the lands and titles of Trubessé belonging to Arnauton Guilhem, was Menard du Vignau. Menard defended relentlessly his baronial rights and was upheld as a noble by the judgement of the Viscount of Louvigny. Bertonnier, who would succeed him, died in 1512 in the battle of Brescia in Italy, in the service of Gaston of Foix. 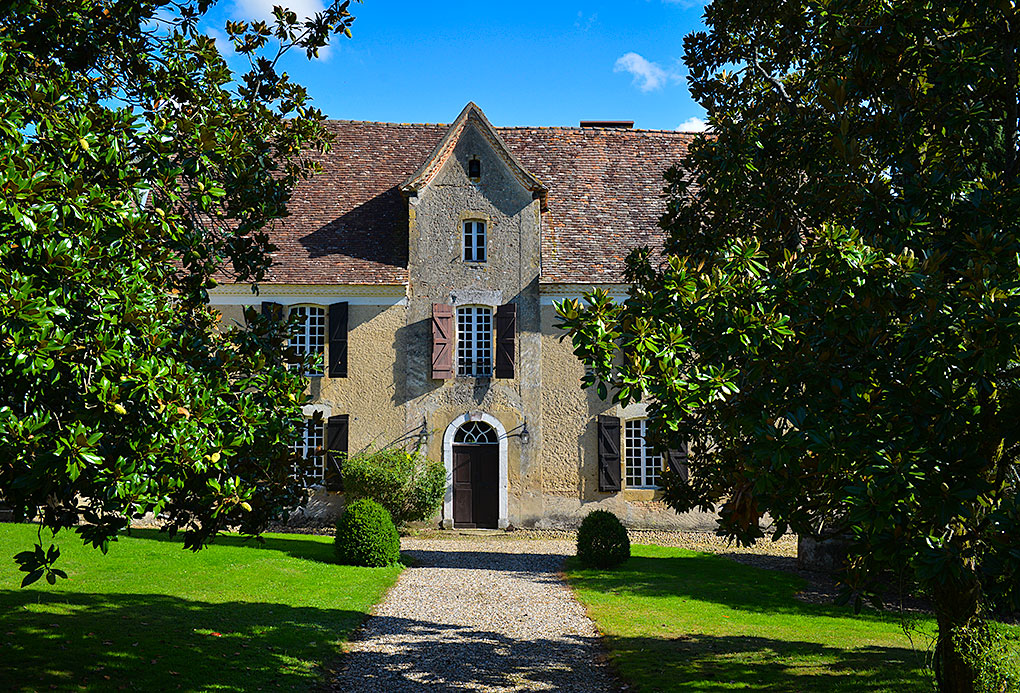 It is with Jacques that the title of Baron of Trubessé reappears in 1554. He undertook major renovations to the Château, keeping only two of the four towers, and adding a main building more suitable for the life of a noble family. Jacques spent all of his life at the Château, from where he supervised the 3,500 hectares of his estate; and it is to Jacques that we owe the creation of the sweet white wine from the vineyards of Cabidos, a nectar so highly-renowned and so greatly-appreciated that it was served on the table of the Lord of Gramon and Prince of Bidache, Antoine the First, named “l’ou gentil” (“the kind”) by his vassals in recognition of his great goodness.

The following generations were divided between the work of the lands and vineyards, bearing arms in the service of the king, and becoming priests in the service of the church. Dominique was a Lieutenant under Charles IX; Pierre was the priest of Monein; Mathieu was honoured by the hand of Henry IV in person for his excellent military service; another Mathieu was promoted by licence of Louis XIII to the grade of Captain in Chief of the Regiment of Béarn; Elie was Captain of the Regiment of Champagne for Louis XIV; Bernard was in the legal service of the Pope; other descendants of Du Vigneau de Trubessé became Knights of Saint Louis, or canons and priests at Cabidos and in neighbouring parishes; and thus succeeded the line of this noble family of Béarn.

During the 18th Century the successive barons of the House of Trubessé added a second building to the side and north of the Château, as well as a terrace. The demolition of one of the two remaining towers enabled this extension, as well as the construction of a winery to store the produce of the vines of Cabidos.

Saving family and Château: the blood of the vines

The family Du Vignau de Trubessé dedicated themselves to the benefit of their barony and its vassals during the following centuries which brought troubled times. When the revolution and the ensuing ‘terror’ of 1793 broke out, the very young Jean-Baptiste was living with his family. The Château of Cabidos was sacked and set alight by a group of revolutionaries who had come from the direction of Lescar. Jean-Baptiste’s mother saved their lives, as well as the rest of the estate, by directing the revolutionaries to the winery where their anger was dispelled as they set about drinking the estate’s entire stocks of wine.

With his mother and his five brothers and sisters, the family found themselves plunged into misery, relentlessly threatened with denouncement as aristocrats, and at the risk of finding their heads on the guillotine. When the torment had passed, Jean-Baptiste set about rebuilding the House of Trubessé and its estate. Notably, at the entrance of the Château he established the garden in its current form. 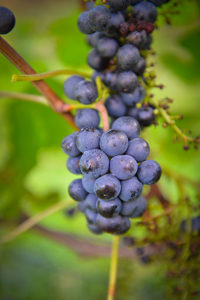 In 1841, Antoine-Jules was nominated Mayor of Cabidos and fulfilled this function until 1865, after which he was replaced by his son. On the 12th January 1862, he was nominated a member of the General Council of the Basses-Pyrénées for the canton of Arzacq. His son, the 15th Baron of Trubessé, Jean-Baptiste-Adrien-Amedée Du Vignau, would barely see the return of the empire with Napoleon III. As a good number of the representatives of the Béarn nobility, he would stay faithful to the descendants of Béarn, the King of France Henry IV, and he took his place in the camp of the ‘Legitimistes’.

It is to him that we owe the creation of the Chapel to the Virgin of the Apocalypse in the tower of the Château of Cabidos, and he found himself honoured as a gentleman to the highest lay orders of the Vatican by being nominated to the Office of the Cloak and Dagger of His Holiness, Pope Pie IX. He passed away in 1884 without heirs. His sister, Marie-Catherine of Trubessé, married in 1863 Armand Cogombles, originally from Bielle, and mayor of Bruges in the valley of Ossau.

Through the line of succession and assignations the first half of the 20th Century saw the estate’s lands and vineyards lose their splendour, until the marriage in 1953 of Isabelle Cogombles, great grand-daughter of Marie-Catherine of Trubessé, with Philipe, Comte du Cauzé de Nazelle.

With the Château of Cabidos restored to the family, Philippe de Nazelle decided in 1972 to come and live in this enchanting place, where his wife Isabelle had spent the holidays of her youth. If the view over to the Pyrénées spread forth in its immutable beauty, it was not the same for the Château with its crumbling walls, its neglected lands and its garden overgrown with weeds. Twenty years would be necessary to restore the estate and replant the first 20 ares of vines on the slope adjacent to the Château. Today, since the first bottling in 1995, nine hectares have been replanted.

Already present on the slopes of the Béarn in the time of Henry IV, the local grape variety, the petit manseng, extends to 7.3 hectares and produces both sweet and dry white wines; a hectare of sauvignon and a half-hectare of chardonnay were also planted, and complemented by 0.35 hectares of syrah, enabling the production of a red wine. The family’s wine production, re-established by Isabelle de Nazelle, was then further developed by her two sons Vivien and his wife Madeleine, and Edouard. They were assisted throughout by the expertise of Jean-Michel Novelle, a world-renowned Swiss oenologist and winemaker.

In 2002 a temperature-controlled winery was built, and in 2007 Madame Méo Sakorn-Sériès became Maître de Chai (Cellarmaster) and Technical Director. Meo is the only Thai woman in France, and possibly the world, to be the director of a vineyard and winery.